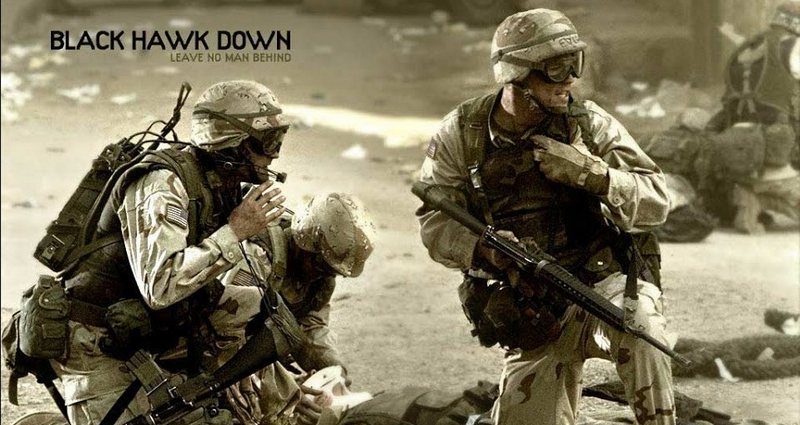 Top 5 War Movies You Should Watch

By: Ankit
In: Entertainment, In our opinion, MovieMania, Top 5
Spread the love

War Movies: Bringing out the top 5 war movies for the people who are having an obsession with movies but have so arduous time deciding which one to choose. Here I bring out the most epic war movies which you should watch if you haven’t.

This is a 2001 war movie produced and directed by Ridley Scott, screenplay by Ken Nolan. If you want to truly witness the truly unfold of behind scene during any fierce encounter with thousands of militants then its the perfect one for you.
Giving slick cinematography, wonderful visual effects, and unbelievable action. The military force and their fearful fighting which they have showcased here is so painful but gives a true glimpse of what the battlefield looks like. For those who want to experience the soldier’s hardship and their capability then it should be a must-watch for people who love war drama & action.
When you go technically, it’s a remarkable achievement, where Ridley Scott brings adequate directorial skills to bear on an often chaotic story with a sprawling cast of characters. I believe it’s going to worthful to watch every minute of the movie.

Christopher Nolan’s who in the movie attempts to capture the full scope of the event by depicting it via three differently paced timelines at once. At one time he shows, the story of some stranded soldiers.
The second, the civilians attempting to rescue soldiers by boat.
And a third, where a pilot gets crashed and then falls into the beach.
The movie depicts an emotional climax and a thrilling and action-packed upshot.

This is an excellent movie directed by Oliver Stone that introduces one to snapshots of incidents that happened during the Vietnam Conflict. The movie stars Charlie Sheen, a soldier being caught in a battle of determination between the two sergeants. The film was a box office success upon its release, grossing $138.5 million domestically against its $6 million budget. Inside the movie, you will witness the cloudiness and confusion of fighting a war where the demands of the superiors, and the much more desire to survive with those haunting conflicts, give a horrific view between good and evil.

Among all the listed movies, Apocalypse Now to stands quite in front depicting its strength. The movie is a 1979 American epic war film directed, produced, and co-written by Francis Ford Coppola. The film executed well at the box office, grossing $78 million domestically and going on to gross over $150 million worldwide.

Francis Ford Coppola gave a masterpiece to the audience where watching Apocalypse now is like getting into the madness of love for the movie. Martin Sheen as Captain Willard truly gets into the mind of a soldier slowly losing it. His performance in this film is unmatchable. Marlon Brando, for his brief appearance in the film as Colonel Kurtz, shows the other side of the madness.

The movie is an epic drama played during the invasion in World War 2It truly describes the strength of a Hollywood movie. The phenomenal work by the director of the movie, Steven Spielberg gives us the true picture of the life of world war.
Coming to the movie, it revolves around James Francis Ryan, a paratrooper, who is posted on a duty with his team to protect their street till the needful arrives. The movie pictures Tom hanks, the eying and the most challenging character in the movie who with his rangers fought a fierce battle in Omaha Beach and then goes in search of the last surviving brother of the four i.e Francis Ryan (played by Matt Damon). The movie portrays one of the best cinematic experiences with a thrilling story and catchy scenes.