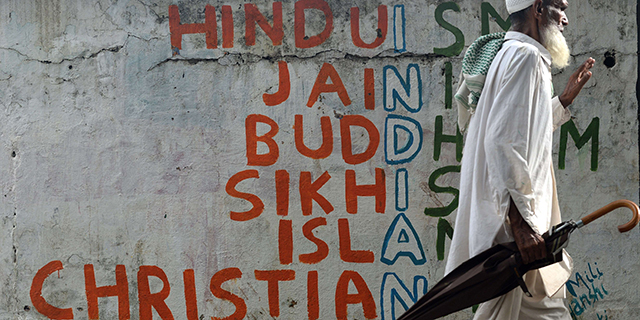 By: Nupur Saxena
In: Entertainment, In our opinion, Top 10
Spread the love

India, the medley of religions is popular in the world for its religious diversity. Religions have always formed an important part of our culture. We can see the influence of religion in Indian society.

The top 10 religions followed of India are as follows:

Hinduism is one of the top 10 followed religions of India. The universal law of cause and effect (Dharma) are its basic teachings. People worship idols and follow Vedas and Upanishads. The temples are not only the place of worship for Hindus but also the spiritual centres. Varanasi, Mathura, Vrindavan, Rishikesh are the pilgrimage destinations. Every Hindu child in India knows the Ramayana and Mahabharata, about and Lord Krishna.

According to the census 2001, Islam is the second most followed religion in the country. Islam emerged in the 8th century and the partition of 1947 led to the immense increase of Islamism in India. They follow the teaching by Prophet Mohammad. They constitute about 13.4% of India’s population. Mosques and tombs depict the Indo-Islamic design that represents religious architecture. They celebrate Mahurram, Eid-ul-Zuha, and Eid-ul-Fitr and Milad an-Nabi with great rejoicing.

Christianity is one of the most followed religions in India. It did not originate in India, but it came into existence in India more than 2000 years ago. The majority of the Christians live in South India. They follow the beliefs of Jesus Christ and believe in the Bible, the holy book. Their major festivals are Christmas, Good Friday, and Easter. St. Thomas spread Christianity in Kerala, and then it spread all over India. Goa is the best heritage site of Christians. The famous church is Basilica of Bom Jesus, which is the tomb of St. Francis Xavier.

Sikhism originated around 400 years ago in Punjab and contribute in 1.9% of the country’s population. They follow the belief that there is only one God and please them with the deeds. The religion emphasizes the equality irrespective of caste, empathy, and humanity. Sikhs dedicate their lives to the teaching of the Guru Granth Sahib. They believe in Gurmukh. Harmandir Sahib is the most visited pilgrimage site in Amritsar. It serves around 50,000 people as langar from all over the world.

Buddhism originated as an offshoot of Hinduism in the 5th century BC. Buddhism forms 0.8% of the population in India. The followers of Buddhism follow the concept of nirvana, the spiritual enlightenment. They believe in the path of meditation, inner-peace. They engage in the noble ‘Eightfold path’. Buddha Purnima is the most celebrated Buddhist festival. Other festivals include Magha Puja, Losar festival, and Lumbini Festival.

Vardhaman Mahavira founded Jainism. 0.4% of people in India follow Jainism. The core principles of Jainism included the right belief, knowledge, and conduct. The aim of Jainism is the path to eternal peace. The major celebrated festivals in Jainism are Mahavira Jayanti, Paryushana, and Diwali.

Zoroastrianism came into existence in India in the 8th century. Their cultural name is Parsis in India. They consider fire as a god. They believe in the readings of Avesta. Maharashtra and Gujarat are the hubs for the Zoroastrian population.

Judaism is the first foreign religion. It originated in middle Asia around 4000 years ago. The Jewish people of Judaism do not have any primary worship place. They worship in local synagogues.

Gandhism originated in India during the times of Mahatma Gandhi. Its major principle is ‘Simple living and high thinking’. Its two main weapons are truth and non-violence.

Vaishnavism is the heart of Hinduism. The followers of Vaishnavism worship the incarnations of Lord Vishnu. Vaishnava is the term used for that one who worships Lord Vishnu

So, these are the top 10 followed religions in India. Despite the religious diversity, India is a united nation.

Also Read :
Top 10 Medicinal Plants You Can Grow In Your Homes
Top 10 Beverages You Should Give A Try
Top 10 Indian Fruits You Should Never Miss
5 Special Sweets On The Occasion Of Ganesh Chaturthi
Sleep and Emotions Definition In Our Life.