By: tenocloc
In: In our opinion, MovieMania
Spread the love 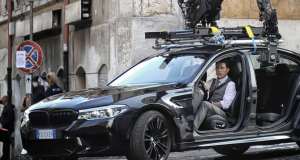 Why did Tom Cruise go ballistic before the crew:

As Tom Cruise was out for a shoot, he saw his two crew members breaking COVID-19 guidelines (i.e to maintain a minimum distance).The two crew members standing too close to one another in front of a computer screen.

Tom Cruise Goes Angry and then in his words he spoke

“We are the gold standard. They’re back there in Hollywood making movies right now because of us. Because they believe in us and what we’re doing.

“I’m on the phone with every f***ing studio at night, insurance companies, producers and they’re looking at us and using us to make their movies. We are creating thousands of jobs, you m********ers. I don’t ever want to see it again. Ever,” Cruise shouted in the video.

“You can tell it to the people who are losing their f***ing homes because our industry is shut down. It’s not going to put food on their table or pay for their college education. That’s what I sleep with every night, the future of this f***ing industry!

“So I’m sorry, I am beyond your apologies. I have told you, and now I want it, and if you don’t do it, you’re out. We are not shutting this f***ing movie down! Is it understood? If I see it again, you’re fucking gone,” Cruise said.

To listen to the audio tap you can click here 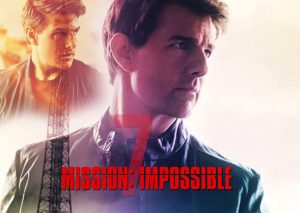 “Mission: Impossible 7” was one of the first film projects to be adversely affected by the coronavirus pandemic. In February, filming on the latest instalment had to be stopped in Italy due to the disease outbreak in the country. The movie, seventh in the long-running spy franchise, was scheduled to be shot for three weeks in Venice but the plans were put on hold. Production resumed in September, with filming taking place in Italy and Norway before moving to London in early December.

2020-12-17
Previous Post: Top 5 Corona Vaccination In The Market
Next Post: Top 5 Indian Parathas To Have In This Winter