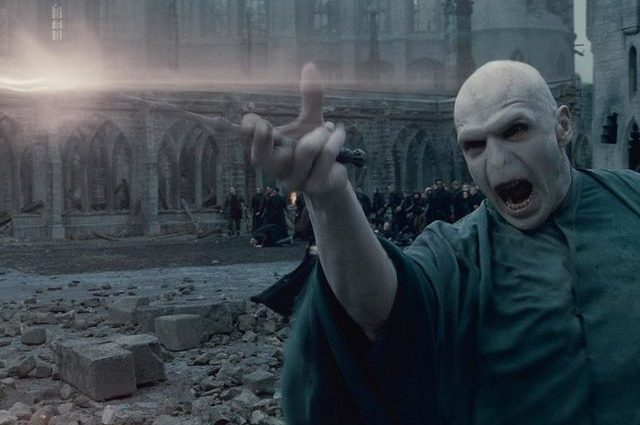 Horcruxes of life: How Voldemort’s Horcrux can be related to life

By: Anupriya K
In: In our opinion, MovieMania
Spread the love

Every Harry Potter fan as well as people who have seen the movie series is well aware of the word ‘Horcrux’. Well, partly the novel revolves around this – the sufferings, the loss, the pain Voldemort inflicts upon others to fulfill his selfish desires. The Horcruxes were meant to give immortality to Voldemort. They hold strong negative power and have a negative effect on those who come across it. This is highly identical to different stages we pass through our life, which tends to take away our soul, just like a Horcrux. Rowling talks about 7 Horcruxes mainly – Tom Riddle’s diary, Marvolo Gaunt’s ring, Salazar Slytherin’s locket, Nagini the snake, Rowena Ravenclaw’s diadem, Helga Hufflepuff’s house cup and Harry Potter himself.

Voldemort makes these Horcruxes from the pain and sufferings of others which can never be washed away. It’s said, ‘Your sin will find you’ and so does Voldemort’s. In real life, we too part with our soul intentionally or unintentionally. These Horcruxes can be very simply connected to different holdings in our life. But it’s extremely necessary to let all of them go, because only with a free soul can you enjoy life to its fullest. Let us learn about them one by one, see how they relate to life, and overcome them.

This was created by Voldemort in his 5th grade of Hogwarts by murdering a muggle student Myrtle. This was kept in safety with Lucius Malfoy until he dropped it in Ginny’s bag. Ginny found it interesting to pour out all her negative feelings and sadness, which proved as a source of power for Voldemort. This Horcrux clearly points to the negative feelings of our hearts, our fear. They make us emotionally weak. We dwell on our past so much that we hardly realize the present that is going out of our hands. To overcome this we should let go of our fears and regrets. These negativities barely help us in enjoying our life. If we look up to the positives of our life and learn from our past, then life will become easier.

The 2nd Horcrux was the ring that Voldemort stole from its owner, Marvolo Gaunt. This ring has a history, full of negative power. A person called Cadmus went to Death and pleaded to give powers to bring the dead back to life. Death picked up a stone and gave it to Cadmus, saying that it had powers that he wanted. Happily Cadmus returned home and brought his dead girlfriend back. Alas! It was a shock for him to see that his girlfriend was unhappy. She was more dead than living. She pleaded him to send her back to the world of the dead. Seeing her pain, he let her ultimately die and killed himself to join her. The stone however was passed down the family line and that’s how Marvolo got it. He transformed it into a ring. Voldemort got to know of the powers of the ring and came for it. By killing Marvolo he made the ring a Horcrux. The ring contained dark magic and it poisoned the one wearing it. That’s how Dumbledore was affected.

This Horcrux points to that part of our life where we lose someone/something important to us. We get stuck in the grief of the loss so immensely that our life gets ruined. Death should be seen as the next step in our life. We should accept our loss and move on in our life. We should make the loss, our strength, and not something that pulls us down. The people who we lost definitely don’t want us to ruin our remaining life in their name.

This was the locket owned by Voldemort’s mother. It had dark magic and caused irritability, suspicion, and unhappiness in the life of the wearer. Ron destroys it in the end by overcoming his fears. It makes the wearer bring out the worst fears and memories, thereby strengthening Voldemort’s soul

Remember, everything in life happens for a reason. Be it happiness or grief, it’s paid for. You’ve to live up to the times and stop yourself from going into depression. Accept and acknowledge the fact that good and bad times are the faces of the same coin. Without one, life is meaningless.

This was the cup that was passed down the Hufflepuff family. Hephzibah Smith had shown it to Toma along with other priceless heirlooms when he was working at the Borgin and Burkes. Later he kills her and takes the cup and transforms it into a Horcrux using her death.

This tells us how people tie themselves materialistically too much to their possessions. Sometimes they go too far. Having an attachment is good but remember materialistic things always have an end. You should learn to deal with them properly.

Rowena Ravenclaw was the founder of the Ravenclaw house. Her diadem/tiara provided the wearer the power of immense intelligence. But later, her own daughter Helen steals it from her and runs away. She is later confronted by Bloody Baron and gets killed. The diadem is proposed to be missing. Years later, Voldemort coaxes out the place where it is hidden from Helena who became a Ghost in Hogwarts. He goes after it and creates the 5th Horcrux by killing an Albanian peasant.

We hide our secrets, our emotions. This doesn’t help in living our lives openly. Express your emotion in the right manner, at the right times. Confess with your close ones your ultimate dark secrets to lighten your load.

It’s the pet snake of Voldemort. It is highly venomous. It is highly loyal to Voldemort and he finds solace in this pet. What are the basic characteristics of snakes? They creep up on their prey and strike suddenly. The venom courses slowly through the prey’s body. If we compare to our life, finding relief in drugs, alcohol, etc. is similar. They give instant relief. But this is transient. Also it sinks us deeper in our griefs and slowly destroys our body – both physically and mentally. Grief or loss should be dealt with a conscious mind. Negative coping mechanisms tend to make us feel better temporarily but in the long run it’s dangerous.

Last, the boy whom Voldemort chose. According to the prophecy, Voldemort went after the Potter family. But while trying to kill Harry, he was weakened by Lilly Potter’s protection spell. Due to this, a part of Voldemort’s soul latches on to Harry unintentionally. That’s why, when Voldemort kills Harry, he doesn’t die. Instead, Voldemort ends up killing his own soul.

Everyone has both good and evil inside. People say it depends on the environment the person was brought up. Partly true. But once a person acquires a thinking capability of his own, he/she could choose whether to follow the beaten path or not. When they choose the less trodden path, when they break away from the continuous cycle, then the legends are born. Everyone is affected by grief at some point in their life. And many have come out of it too. The main factor that helped them? A REASON OR PURPOSE TO LIVE. You should have such a reason in your life. It could be anything – a dream job, a person, a dream trip – something that you are passionate about.

It’s always said, ‘If you can’t help others, don’t hurt them’. On your way to the top, never crush others. Try to take them with you. Some will stick to you, others will leave you midway. Every person in your life is there for a reason. Either they stay or leave a lesson for you.

Accepting our situations, seeing happiness in even small moments is the mantra of a happy life. Instead of dreaming for long life, dream for a big life. Longevity will give you ages to live. But what to do with it, if you can’t get out of your bed and enjoy your days? Pray to the Almighty to give you enough strength to accept loss or death of a dear one, the courage to start a new life once trust is broken, and enough humility to help everyone you come across on your path.

The 7 Horcruxes of our life can be easily destroyed if we have dreams and courage to achieve them. Know yourself. That should be your first step. You should be capable of answering anyone who questions your way of life. Till the time you don’t harm anyone on the path of your success, you are safe. But the day you start conspiring, the day your enjoyment causes suffering to others – your doom is near. Facing problems in life is really essential. Just like you accept good times, learn to accept bad times too. You might not know the results of your action. But try on anyhow. To put it more accurately, Harry’s words are – ‘I am going to keep going until I succeed – or die. Don’t think I don’t know how this night ends. I have known it for years’.

Also Read :
Life Hacks: Live Up With Your Dreams
Top 5 War Movies You Should Watch
Cobra Commandos: Let’s know them today
Criticize, condemn or complain, do you?