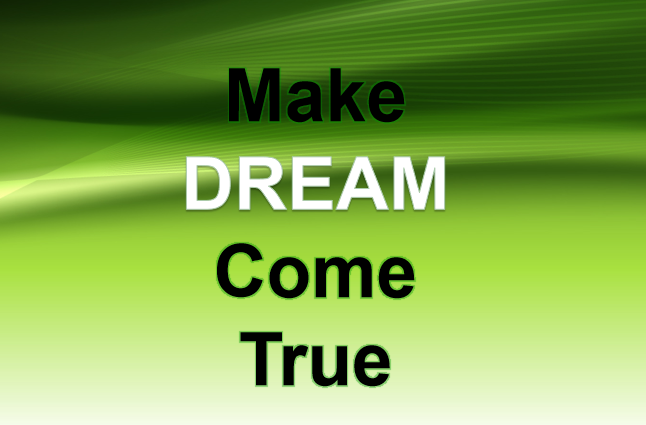 Dreams, how important is it to have | are dreams important

By: Ankit
In: Health
Spread the love

I with my experience have seen that without dreams, there’s no point to be unhappy about as there’s no ambition where you have to chase it and make yourself or others feel proud about it.
To not have dreams is like chasing for something which you do not desire or intend to. It is like following an emptiness or nothingness like a shadow. We can’t achieve anything in life without goals, and for these goals, we need to dream.
Our mind is an amazing thing. We can imagine and create whatever we want. So, everybody has different dreams which they want to accomplish as like in my family where my elder brother who, wants to become scientist and there’s my little cousin who wants to become a social worker. I too had a dream, though it’s a small one but still a challenge to me. I wish to finish off my studies and then start my own business.

Here, I am recalling a story of mine when I was in 7th grade

when my English teacher who was really so arrogant and nasty, told everyone in my class to write an essay about what do we want to be when we grow up. I then wrote about how after completing my education with my pocket money and father’s aid would open a small Dhaba(a small roadside hotel). And the teacher who did not only called me after reading my essay but also told me to read aloud and share with all my friends what my dream was like to be. And then not only her but the whole class burst into the laughter as I described my Dhaba. After I was finished, everybody started staring at me. Luckily, a teacher near to our door too heard everything and as the class ended came into the class.
She then in her very soft voice called me again and then praised me for my realistic dream and my confidence. She lauded my courage and determination to fight among all those shyness and strange looks. Then she explained everyone in that room about my futuristic and living approach. After listening to her I even got too excited to open a Dhaba. Today, my dreams are right on the track and it seems that I will be able to make out earlier than my expected time.

There’s another story where I remember

A friend of my maternal uncle whose dream was to become an IAS officer. He completed his B.Tech from one of the top colleges of India, and then after his studies, he got placed as a Software Engineer in one of the top-most IT firm. But there he knew, he was standing in the wrong direction and was moving away from his dreams. He knew that he is getting a handsome salary and it would well satisfy his and his family’s needs at present as well as in the future, still, he will be never delighted with the job. He knows that he does not belongs to an affluent family, so he had no option rather than getting committed to his work. But because of his lack of interest in the field made him perform quite poorly. He was mostly seen inside the cell of Project Manager or in the talk with the Team Leader because of his underperformance. He became even more perturbed and sad.
Finally, after serving a year of his bond, he resigned and instead of looking for a better opportunity in the field of software he came back to his city.
His family, friends, and relatives reprimanded him of his stupidity, but he already had made his final decision to never get again into the same pit of the software. His thoughts and notions were already intelligible that even though he survives and earns in Software still there’s going to be an emptiness and lack of happiness on his face. He then set back to his childhood dream of becoming an IAS officer and to get it done he almost locked his ears and himself from the others and started burning the midnight oil in doing the preparation for the Exams. And then finally his rigorous hard work, positive approach aided him to crack IAS Exam. And so finally he made it what he intended to dream of.
So it is who you decide what you want and then in the words of Colin Powell,
A dream doesn’t become reality through magic; it takes sweat, determination, and hard work.